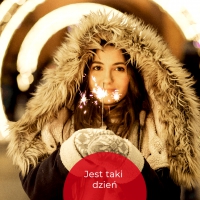 There is this one day when the world holds its breath. Can you still remember it?
There is a year when you tell yourself it’s going to be different this time...
20/12/2019 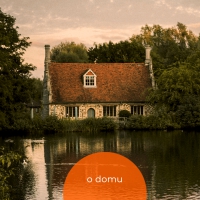 About a man who wanted to insulate his house, and ended up saving his whole family
Ed was a tough and silent guy. His vocabulary was sparse. He definitely got r...
16/11/2019

What do we believe in Poland? (post for All Saints’ Day)
Most of us believe that life does not end when your eyes close for the last tim...
25/10/2019 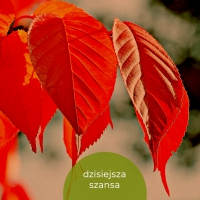 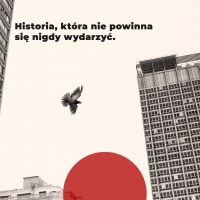 A tragic history that should never have been
In the busiest district of a city there were once two skyscrapers. Between them...
10/09/2019

About a man who wanted to insulate his house, and ended up saving his whole family

Ed was a tough and silent guy. His vocabulary was sparse. He definitely got rid of such phrases as:

In this respect, this man was a lot like legendary Polish highlanders, who would sooner gut themselves or die of overwork than give up without a fight.

That’s why when one day Ed decided to insulate his house and announced he would have finished by winter, everybody knew he would keep his promise. They knew he would do it or die trying.

Ed got round to work immediately. He started with the attic. Then he insulated the walls, ceilings and floors. After he completed his work, he looked at the thermometer in his house and found out that... nothing changed. The thermometer clearly insisted the house was still cold.

Ed repeated all the activities once again. And again. And once again, just to be sure. His house was now like somebody tucked in four duvets, not to feel any cold at night. The thermometer was still adamant. In the meantime, the neighbours rolled on the floor laughing as they observed Ed’s futile attempts to make the house weather-tight.

Ed was furious. His family still shivered with cold. The man turned the heating on, he lit the fireplace and told everybody to go to beds, grab mugs with hot tea and listen to hot summer rhythms. He needed some time to come up with a new idea.

The thermometer insisted it was still freezing. In the evening the weather forecast stated that at night the temperature would drop extremely low and on the following day a horrible winter would begin. The anchor said a percentage of people will freeze to death.

Everybody was scared stiff.

A moment later Ed heard a lot of unpleasant words. He learnt that he was good for nothing, that he couldn’t do anything properly and generally he was hopeless and idle. The atmosphere was worse than the cold itself. Frankly speaking, it was horrible for many years, until now. Ed lived with his family under the same roof, but once you looked closer, you could see there was not much they had in common, apart from the house.

It was so because all of them treated their home like a free hotel.

The adolescent children waited for the nearest opportunity to move out. Ed and his wife worried what would happen next, once they were all alone. Will they have anything to talk about? Or would they jump at each other’s throats? Will they at least be kind to one another?

Ed listened calmly to the accusations. He looked at his wife and children. And suddenly... he burst out laughing. It was a normal laughter at first, but then it was louder and louder. He laughed manically, until tears rolled down his cheeks and his large belly wobbled like a passenger on an old bus on cobblestones.

Ed’s laughter was so contagious that after a while everybody in the house was giggling. And the best thing was that nobody actually realised what made him so crazy. Anyway, it was hard for them to stop laughing.

The thermometer in the room was still motionless, but the whole family now felt much warmer. It was not because the temperature of the air was higher, because no such thing happened. It was this one single moment of unrestrained laughter that brought back all their happy memories.

How they behaved and treated one another when they had nothing. When they only had each other. They recalled their friends, who dropped by when they wanted to feel warmer. And they didn’t come for the mantelpiece, because Ed’s house had no such luxuries back then. They wanted to have a share of the warm, pleasant and kind atmosphere their family created.

When pressed hard a bit later, Ed revealed to his family what made him laugh that day. He admitted he recalled a joke he had heard at work. And it was only then, after a few hours, that he understood the punch line.

But it wasn’t true.

The truth was he was driven to the extreme.

And there was nothing left to do but laugh...